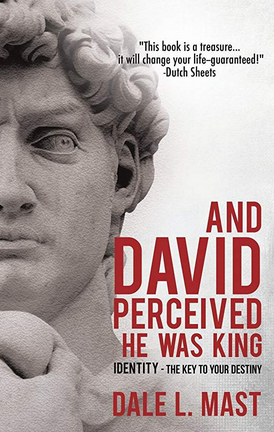 And David Perceived He Was King

God took David from the fields where he followed the sheep to become the ruler of Israel. He was overlooked by his father, yet chosen byGod. He carried the dream to be king from the day Samuel anointed him, but he did not feel worthy to marry the king’s daughter after

defeating Goliath. David experienced many amazing moments in his life, yet he also endured many traumas. He was the hero of Israel and then became the hunted villain. He went from leading the armies of Israel to being pursued by the same. When David was anointed king in Judah, civil war erupted. Each step that God was establishing David’s identity, the enemy was trying to steal it. Defeating Goliath required faith, but taking the throne required identity. It takes a Goliath to reveal a David, and his journey to produce a king. Faith believes what God can do. Identity believes what God can do through you. Let David’s journey touch yours.