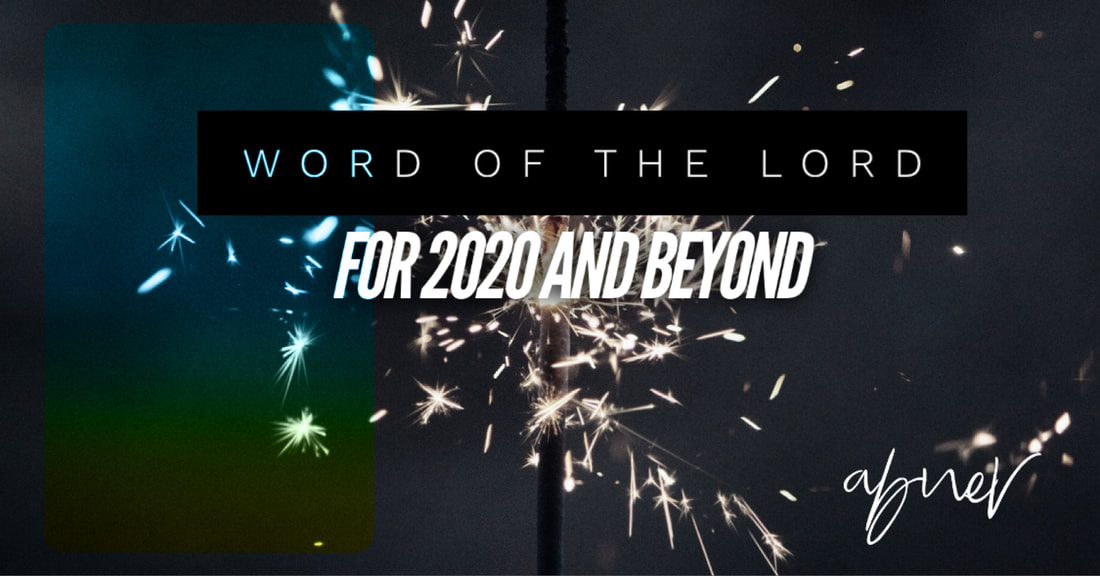 While we are calling this a prophecy for 2020, I believe the Lord speaks more in seasons than in our calendar years. I also believe intercession can diminish the severity of some words that speak of potential judgment. In some cases, it may avert the judgment altogether. (See Genesis 18:17-32; Amos 7:1-6) All prophecies should be bathed in intercession. The ones that speak of harvest and blessing, and the ones with admonitions attached to them.

Every year for at least the last ten years, God begins to speak to me about the coming year. This year beginning on the morning of September 4, 2019, and ending right before Christmas, God spoke to me about the 2020 season and beyond. I believe that God feels anticipation for the next season to begin. The following are prophetic insights I believe the Holy Spirit revealed to me about the coming season. I use the term season because the Lord speaks more in seasons than in our calendar years. I also believe intercession can diminish the severity of some words that speak of potential judgment. In some cases, it may avert the judgment altogether (See Genesis 18:17-32; Amos 7:1-6). All prophecies should be bathed in prayer and intercession. The ones that speak of harvest and blessing, and the ones with admonitions attached to them.

This is a season of joy and divine order in the body of Christ. I will begin to bring order in the leaders of my body. For those I showed great mercy to but failed to repent, I will expose ungodliness and cause what I built through many people to crumble quickly. My great desire is for my leaders to build things that last for generations. I also desire for them to build with an eternal perspective. I am releasing a cleansing in the body of Christ. Only what is birthed from heaven will stand and a lifestyle of ungodliness will no longer be tolerated. I am releasing a fresh baptism of purity and holiness. My people will ascend the hill of the Lord with a pure heart and a clean heart. This is a season of purity and holiness that is being birthed in my people unlike anything before. My desire is for waves of cleansing in the house of God

This will be a season of divine messengers on the earth. I see a close group of pioneers in the earth. I see them as large flames of fire bringing the word of the Lord. Not only will they bring the word of the Lord, but they will release and bring divine strategies to the earth. They will birth realities that have not existed previously on the earth. In this season on the earth, I desire for the people of God to display what I have never displayed on the earth before. This is my divine will. Some messengers are tried and tested servants of the Lord. They value the presence of God and seek the face of God above all else. They will love the beauty of God and embrace the character of God in every area of their lives. These pioneers will love the body of Christ and will be deeply connected to spiritual families. Many of these pioneers will come together to form covenant relationships and will actively advance the purposes of the Kingdom of God. In this season, you will see the body of Christ come together as one family. They will be the loving expression that I have always desired them to be. The Lord also says it is time for the corporate man to arise. It is time for my five-fold ministry leaders to join purpose, vision, and resources for the establishment and advancement of God’s Kingdom.

This is indeed a unique season of divine connection for the advancement of Kingdom purposes in the body of Christ. I am going to connect people from different regions of the nation and even the world. I will establish close relationships and divine alignments in the body of Christ. In the same way I called the disciples to walk closely with Jesus for the changing of the world, I am aligning men, women, and ministries to come together. As they come together, they will shift the world for my Kairos purposes. The Lord says it’s time to shift the world as one body. A new season in the earth begins as the calendar year turns to 2020. In this season, I will cause the people in my body to be brought into relationships and partnerships for the fulfillment of key aspects of their destinies. For my peoples’ destinies rely upon them coming together in unity and proper relationships.

I desire for the fruit of people’s lives, on the earth, to bring great glory to my name. It will cause people to know the God who created heaven and earth; they will decide to follow the purposes of God. For yes! This time on the earth is a time of great decision. My people stand at a crossroads! Will they choose my very best for this season, or will they choose to receive just enough? The path I have called them to is a path of life. A life they never could have dreamed of. It is indeed a path of faith. My desire is for my people to walk and live by faith.

In this season, divine strategy, divine wisdom, divine understanding, and divine birthing will occur. I desire a new renaissance to be released through the body of Christ. It will cause the eyes of humanity to be turned toward the beauty created by my sons and daughters. If you seek me for understanding it will be found. The wisdom to birth the dream I have placed in your heart will be your portion.

This is a season of unique and divine strategies from heaven. They are being released on the earth for those who have a listening and attentive ear. I am releasing immense grace for my people to wait on the Lord, listen to the word of the Lord, and receive great wisdom for the application of the word of the Lord. In this season, my great desire is to release divine words from heaven. These words will quickly and speedily come to pass. As my people lean into me with corresponding wisdom, I am releasing keys that would unlock the manifestation of prophetic words and mandates; some given long ago. Indeed! In this season, the just shall walk by faith as never before. I want to enlarge my people’s vision and their ability to see and hear from heaven. So, position yourself properly and be prepared to take action unlike any other season. For I desire a great impact. The door to greater impact and influence in the nations of the earth is through greater faith and trust in the words I speak.

In this season, I am inviting my people to co-labor and dream with me as never before. I am establishing my purposes and my blueprint on the earth. I see an angel and he appears to be (or the words that I can use to describe him would be) an ancient angel holding a scroll. I believe the scroll represents the plans and purposes God desires for the earth. The Lord says, indeed my thoughts and plans for the earth are far beyond what the great majority of my people are dreaming, so my desire is for my people to have an elevated revelation of me. When they see me properly, I will cause them to think and to dream properly with me. My desire for my people across the globe is for a reformation. It is my desire for them to act and manifest what has not been previously. As my people receive my blueprints for the earth, I desire to finance their vision from unusual sources. My people’s ability to receive God-given vision will define the resources they receive in their hands.

This is a season of divine harvest and increases for the body of Christ. Do not back off from what I have spoken to you, and how I have commanded you to operate in the area of sowing seed. Yes, even in this season, I will challenge many of my people to give as they have never given. But this will be a season in which sowing and reaping will happen at an accelerated pace. For my desire is to place thousands for some, millions for others, and yes even billions of dollars in my children's hands to disciple nations. I want my people to be involved in building projects, community centers, hospitals, schools, stadiums, and churches. I want them to be involved in these things in different cities, regions, and nations of the earth. I have desired some of the largest structures in certain cities and regions to be built and financed by believers so that great glory and honor would come to my name.

2020 will be known as the year of the divine turn around. Did I not say that I would cause all things to work for my people’s certain good? This will be a unique season on the earth. I will turn all things around for my people’s certain good. I am redeeming mistakes, failed businesses, failed ministries, failed relationships, missteps, mishaps, and where time was lost for my certain good. Even for individuals where the purpose of God was lost in their life, I am ordaining things for my certain good. Great, great, grace is being released to my people. They will be delivered from mistakes, wrong turns, wrong attitudes, wrong motives, and wrong heart positioning. What defined your past can no longer define your future. If you are intentional in turning towards me and leaning into me for wisdom, I will cause all things to work for your certain good.

In this season the winds of change are being released into the earth in an unusual manner. I will allow religious systems, that have seemingly thrived in the previous season, to be bankrupted ideas. The ideas of man and the ideas borrowed from the world system will be bankrupt. Even though they have sought to elevate the purposes of God, they will be seen as bankrupt and ineffective. My desire in this season is to raise up a faithful body on the earth. My power will come once again to local assemblies. They will be birthed from the heart of God. They have built according to the pattern I have given them. They have not turned from the path that I have pre-ordained for them. In this season my power will be released to local assemblies. Words from heaven given long ago will begin to come to pass. I will give divine and God-ordained strategies for the gospel to impact cities, regions, and towns in this season. My eyes are searching the earth for those who will have my vision and believe me for God-ordained strategies to save regions and nations. My power and glory will move in some of the most obscure places on the earth in this season. I will pour out my Spirit on the local assembly in this season as never before. I am coming in power and glory to house gatherings, large gatherings, small gatherings, and all gatherings that have been ordained from heaven. I will come in great power and glory to reshape my people and reshape the earth. I am coming for the purpose of shaping history according to my divine desire and perspective. I am coming to those who have built according to the pattern of heaven. When I come in power, I will come to a structure that is sustained and can carry glory from one generation to another

2020 will be a defining year for the body of Christ…