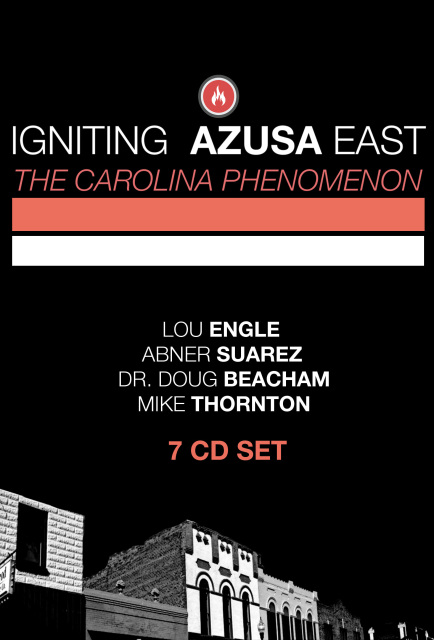 7 CD SET - On December 31, 1906, the Azusa East Revival broke out through a meeting led by G.B. Cashwell in Dunn, NC. Thousands from all over the South came to Dunn to see and experience the revival phenomenon that was stirring national attention. Thousands were converted as the Holy Spirit invaded the Carolinas as well as the nation. Today, nearly 70 million believers trace their roots back to the Azusa East meeting ignited by Cashwell. Now, 110 years later, God summoned us back to the ancient well of Azusa East, for two days of encounter, worship and hearing the word of the Lord. Teachings by Lou Engle, Abner Suarez, Dr. Doug Beacham, and Mike Thornton. Topics include but not limited to: Prophetic insight into the time and season we live, defining Baptism of the Holy Spirit, called to be set apart for the purposes of God, authority through a lifestyle of worship , prayer, and fasting.